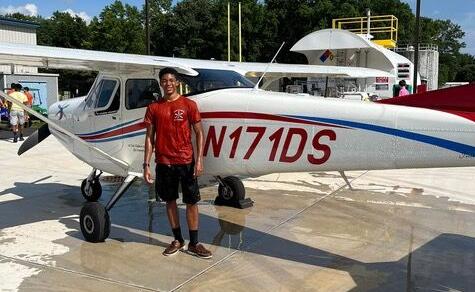 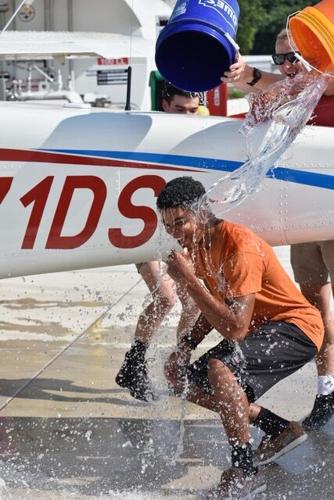 Buckhanan was one of just 20 high-performing 11th and 12th-graders from throughout the United States selected for the elite program, which was established in 2021 by Vice Admiral, Kenneth Whitesell, Commander, Naval Air Forces (CNAF) to increase diversity in Naval aviation. The Navy partners with select universities throughout the country to provide the flight training to the participating students. The cost of the program is approximately $24,000/student, but is offered at zero cost to the student and with no obligations.

The Department of the Navy sponsors the Summer Flight Academy program for students participating in Navy and Marine Corps Junior Reserve Officer Training Corps. The program is a new STEM initiative that was selected for funding by the Naval STEM Coordination Office – located at the Office of Naval Research – which oversees investments in STEM education, outreach and workforce initiatives.

“The goal of the scholarship program is to expose exceptional minority students to a career path that currently lacks diversity,” says Commander Chris “Frozone” Williams, a Navy fighter pilot, instructor, and former Director of Diversity, Equity, and Inclusion at CNAF. “La’Donte Buckhanan has what it takes to be a leader in the field of aviation, and the Navy is honored to have played a part in his personal and professional journey.”