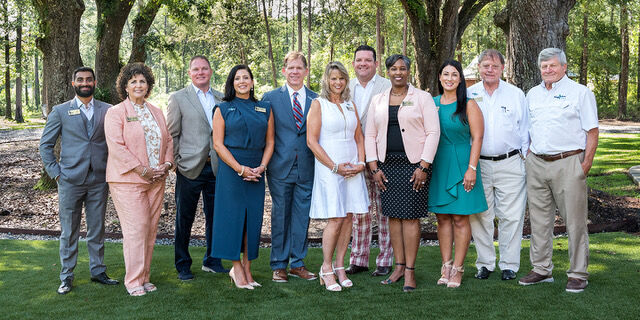 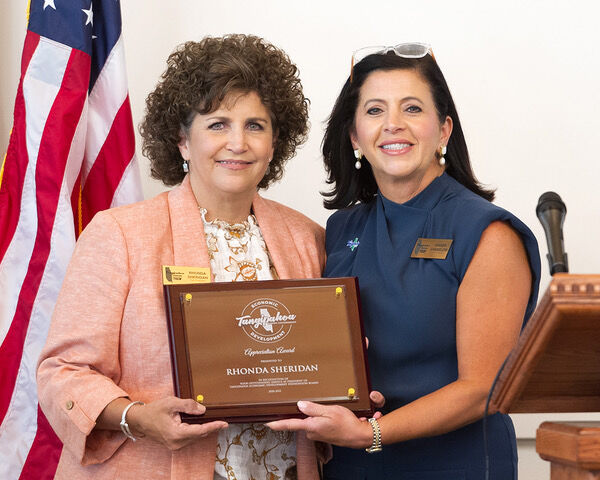 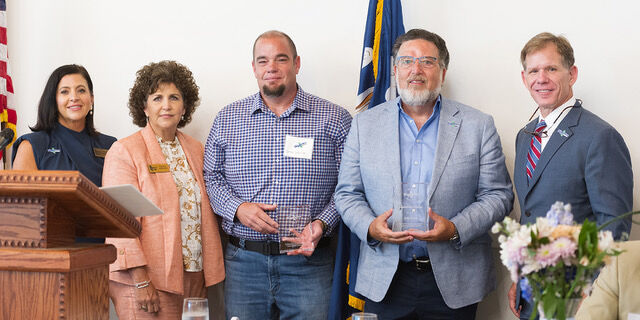 Executive Director Ginger Cangelosi and TEDF Past President Rhonda Sheridan present longtime board members Brian Walker and Joe Mier with awards commemorating their service to the parish’s economic development board. Shown with them is Tangipahoa Parish President Robby Miller.

HAMMOND—Ben Dutruch of Husser has been elected President of the Tangipahoa Economic Development Foundation for the 2022-23 term.

Dutruch is chairman of the 13-member board of directors who lend their support to Tangipahoa’s economic development efforts.

Daniel Laborde of Hammond has been selected as Vice President of the Board while Kristin Braud will serve as Secretary/Treasurer of the organization. Rhonda Sheridan of Ponchatoula is the Immediate Past President of the group.

Newly-elected City Court Judge Britain Sledge administered the oath of office to the Board during a gathering earlier this month. The Board also recognized outgoing members Joe Mier and Brian Walker, both of Hammond, who have dedicated several years of service to the board.

For more information on TEDF, consult their website at www.tedf.org.