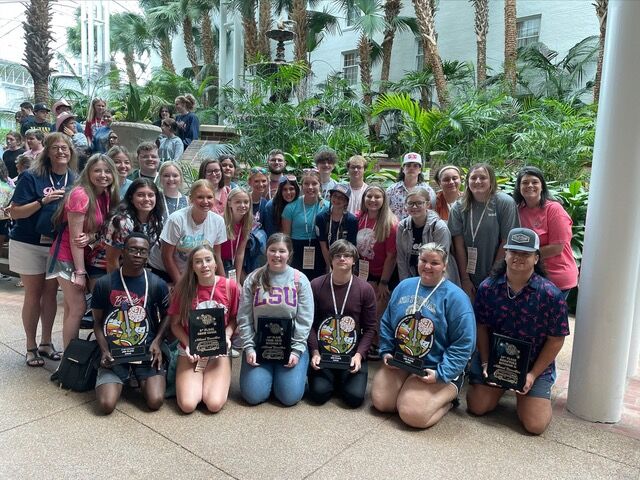 Pictured are those students from Albany High School who attended and competed at the National Beta Convention this summer in Nashville, Tenn. The club had students compete in 12 competition categories, and six of those competitors placed in the Top 10. 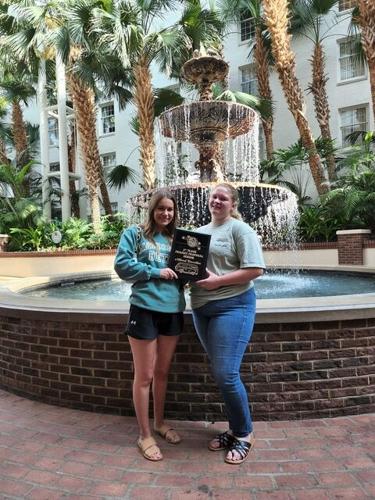 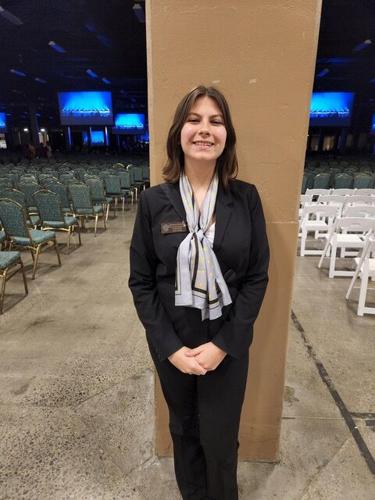 LIVINGSTON, La. – Students from Albany High School and French Settlement High School hit the road to Nashville, Tenn., this summer – not to make it big in country music – but to make a strong showing in several competitions at the National Beta Convention.

“The fact that we had so many students from these schools who were even eligible to compete at the national level speaks volumes of the outstanding showing they had. Students must qualify at their state level to advance; and even then, the competition is limited to only the Top 5 from each state in each category. So only the best of the best was in Nashville,” Assistant Superintendent Jody Purvis said.

Albany High School Principal Sammie Lacara said his school sent students to compete in 12 categories at the national level. Of those, the school placed in the Top 10 in half. Those awards included: 2nd place in Living Literature; 3rd place in Engineering; 4th place in Speech by Addy Howell; 6th place in Show Choir, and 10th place in Sculpture by Jaden Reyes, and 10th place in Fiber Arts by Allie Depriest.

Albany was also one of three schools from the parish that were included in the Top 5 Engineering Teams in Louisiana. The other parish school teams were from French Settlement High School and Walker High School.

FSHS Student Madison Brignac served as a National Leadership Ambassador at the conference, and she helped to lead some of the sessions there.